Although in the Android version for smartphones there are many Apps in the Play Store that allow us to record the screen and sound of our devices, this does not happen with the Android TV platform since there is no application in the Google Play Store designed for these types of devices. The only exception is the NVIDIA Shield TV, which does have a recording and streaming option implemented in its models and is called NVIDIA Share . The truth is that the NVIDIA Shield TVIt has a fairly powerful graphics chip and is therefore the most powerful Android TV device on the market; therefore, that is why it is capable of streaming or recording thanks to its powerful specifications.

In the case of the recently launched Chromecast with Google TV , which comes equipped with a more powerful graphics chip and with Android 10 we still do not know if it is possible to capture the screen natively , since in Android 10 for mobile phones the option to enable the option was introduced internal recording with the command ‘adb shell’.

At the moment, the easiest, fastest and cheapest way to record the screen on Android TV, Fire TV or Apple TV is to purchase a video recorder through the HDMI of our multimedia devices. You can get a video recorder on Amazon for a price of 19,99 € that allows you to record at a resolution of 1080p and 30fps .

How to record screen on Android TV

You can see on our YouTube channel the tutorial with the steps to follow to record the screen of any multimedia device such as the Xiaomi Mi Box , the Fire TV or the Apple TV in the following video: 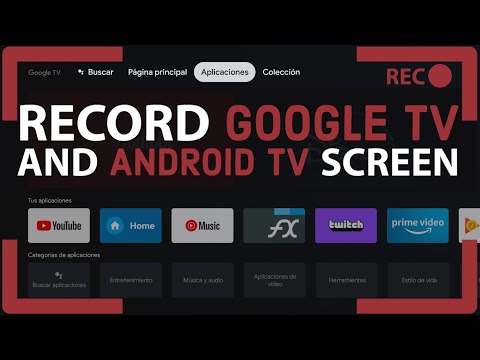