SCS Software has published a new gameplay of the Iberia DLC of Euro Truck Simulator 2, which each day that passes seems to be closer to its launch, given the rate of publications and news in which we can see previews and gameplays of the DLC that seems to be in its final phase and almost ready to see the light.

In the last month, we have been able to see how, the Czech developer, showed us the first trailer of the new expansion, a gameplay for the “Sun coast”, a streaming on YouTube in which they showed 3 different routes through the Iberian Peninsula and now again, another gameplay using TrackIR technology that captures the movement of our head to reproduce it in the game. 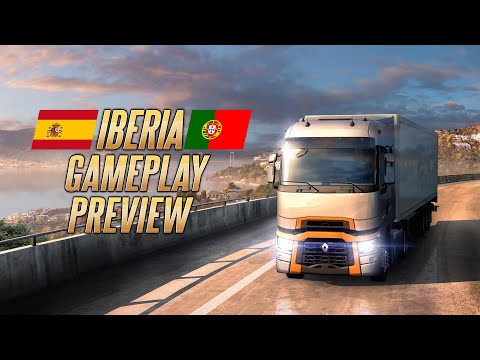 The rumors suggest that the end of March the release of the DLC Iberia could occur; for the moment, SCS promises more news soon in its last post, and the truth is that each week they reveal more and more details about this new expansion, for who knows, if in future publications they show us the official map or reveal the launch date and the price of the DLC, which could be around  23,39€, according to the CDKeys website, although the truth is that this page is out of date.

SCS has also announced, in its last post, that they will include 5 new routes or missions in the Special Transport DLC,  which will consist of transporting special cargo such as yachts, tanks, reels, silos or special width wooden containers. In addition, on these routes we will have to follow the accompanying car, common in this type of transport, and follow its instructions so that the route and the delivery of the cargo are carried out correctly. These 5 routes will be carried out between the following cities: