CD Projekt has just published the website official about the DLC of Cyberpunk 2077 where you can see a small video with a preview of what promises the first DLC planned for January 2021, publication date to be determined. Having corrected the errors launch the game and have released the latest patch to version 1.06, last December 24, CD Projekt now appears to be centered and focused on the release of the first DLC free of Cyberpunk 2077.

In the brief advance trailer that they have published, of just 8 seconds long, it is intuited that the first DLC of Cyberpunk 2077 could include some new mission or missions since we can see Johnny Silverhand and Judy in various sequences of the trailer, so that everything indicates that with these first DLC they will extend the duration of the game. As promised by CD Projekt, the first two DLCs , scheduled for January and February 2021, will be free, so it is to be expected that they will be well received by the millions of Cyberpunk 2077 players, especially those who have suffered the numerous «bugs»and poor game optimization, both on Xbox One and PS4 consoles and on PC, at its initial launch.

CD Projekt has a second chance on the table in the form of DLCs to redeem dissatisfied players and to exploit the great potential of Night City. As good fans of the game, we hope that there will be Cyberpunk 2077 for a few more years in the form of expansions, both of new maps, new missions, objects and characters as well as the awaited online multiplayer of Cyberpunk 2077 that in principle will see the light in 2022.

Finally, we leave you with a Cyberpunk 2077 gameplay in 8K resolution where you can appreciate the realism, lighting and level of detail of Night City and its futuristic vehicles. 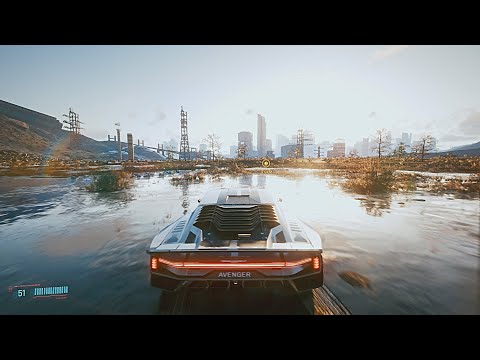