This Week on Stadia: Baldur’s Gate 3

Dungeons & Dragons fans, the wait is over! Yesterday, Tuesday, October 6, the long-awaited Baldur’s Gate 3 was launched in the Google Stadia store in Early Access with a price of € 59.99 . This Early Access allows you to play Act 1 of the game (the full game will consist of a total of 3 acts ) and it will last approximately 25 hours . From the game’s developer, Larian Studios , they have set up a web page where you can leave comments, suggestions and errors in order to improve the game in subsequent updates.

At the moment, the Early Access to Baldur’s Gate 3 is only available in Stadia and PC on the platform Steam also with a price of 59.99 € . Yes, in Stadia we can play the instant after purchasing it , without downloading the game , and also have access to the option of Crowd Play , in which viewers streaming on YouTube of the game can join tail game to play with the streamer.

Regarding the game experience of Baldur’s Gate 3,  the developer itself, Larian Studios , recommends playing with a keyboard and mouse instead of a gamepad, since at this stage the game is not yet 100% optimized for controllers.

This week Stadia has published a new video on its YouTube profile that explains the operation of the platform in a more clear and concise way, from how to start playing with one click to the games available and the monthly PRO subscription.

To finish, comment that there’s an update in the Stadia App for Android, since the ‘Use mobile data’ option has been removed from the Experiments section and has been moved to the Performance option . They have also decided to limit the resolution to 720p when playing with mobile data so as not to consume excess data, since playing Stadia in 720p can consume around 4.5GB per hour . You can see a performance test of Stadia with mobile data in the following video on the IndiePlaying YouTube channel : 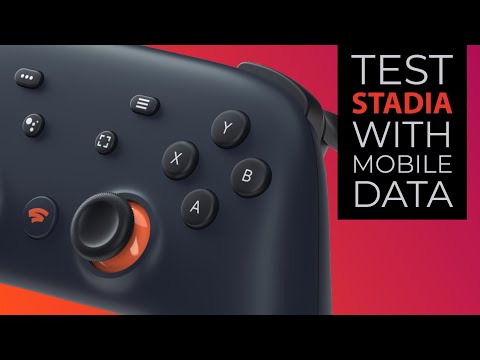