This week, during the annual event to present Amazon’s new devices, a surprise jumped when the new Amazon video game streaming service was announced: Amazon Luna. This new service will become one more competitor in the cloud console war and must be measured against three existing contenders in this segment: Google Stadia, xCloud and Geforce Now. Below you can see the video of the Amazon Luna presentation: 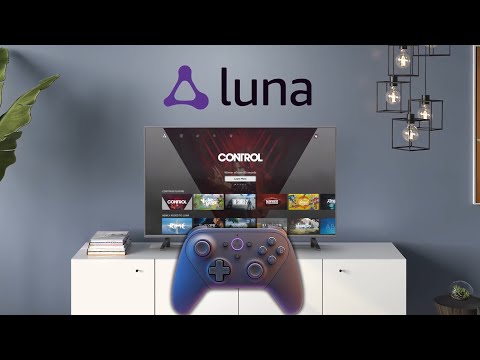 The main features of Amazon Luna are the following:

For now, Amazon Luna will only be available in the United States in the Early Access phase and will cost $5.99/month, it is unknown when it will be available internationally in the rest of the countries. The most logical thing is that the launch of Amazon Luna globally takes place in 2021 and that this last quarter of the year will serve to test the service and see how it behaves in the USA, and then move on to deploy it in the rest of the continents along the throughout 2021. To follow the news of Amazon Luna more closely you can follow its account on Twitter at the following link.

The most prominent games that we can find within the Amazon Luna catalog are the following: Metro Exodus, Resident Evil 7, Control, A Plague Tale Innocence, Rime, Blasphemous, Overcooked 2, GRID, ABZU, or Brothers: A Tale of Two Sons . In the following image you can see the complete list of the 33 games confirmed in the initial testing phase.

Other features of Amazon Luna is that it will have integration with Twitch from its launch to be able to stream our games. At this point it is quite similar to Google Stadia that will also have the possibility of streaming on YouTube. It remains to be seen if any functionality similar to Crowd Play already existing in Stadia will also be implemented, which allows directly joining a game that we are watching on Twitch.

Amazon Luna will be accompanied by a gamepad or specific controller called Luna Controller, which will connect via WiFi directly to Amazon’s servers and will reduce latency when playing. This does not imply that we need to buy this gamepad to be able to play on Amazon Luna, since it will be compatible with any Bluetooth gamepad that we already have or buy, as is the case with Stadia. The only downside is that when playing with our Bluetooth controller we will have a few tens of milliseconds more latency than with the Luna Controller.

Another feature of the Luna Controller will be the ability to start games directly from the gamepad using Alexa voice commands.

Another novelty of Amazon Luna will be the integration of third-party video game channels among which it has already been announced that Ubisoft and its UPlay + platform will be integrated. The latter implies that if we want to play UPlay + we will have to be subscribed to that platform and pay its corresponding monthly fee, which currently as an independent platform is $14.99/month.

Although it will not be necessary to have any device to play Amazon Luna, if we want to choose to play on the big screen on our TV we will have to have a Fire TV device and here we must point out that it must be 2nd. generation, therefore the Fire TV Stick 1st. generation so widespread in some countries will not be compatible with Amazon Luna; therefore, it will be necessary to invest $30 in the recently launched Fire TV Stick Lite 2nd. generation.

The all-new cloud gaming service from Amazon that makes it easy to play great games on devices you already own. Request an invite to early access: https://t.co/AjMs9eOaeK pic.twitter.com/1HsRUVNmvJ